So, it’s been a while since I’ve last posted. And it’s also been a while since I’ve made anything creative other than friendship bracelets and banana chocolate chip muffins. After finishing up my 3 month stint at Art Central, I lost most of my motivation to make anything. I’m not really sure what’s caused this. Maybe feeling burned out after rushing to get my tapestry done, or anticipating moving house later this summer. Whatever the cause, it would really be nice to have my motivation back. I’ve decided that I need to just start something new, and hope that the joy in making will come later. Tonight I’m starting on a painting I’ve envisioned for a while. Meanwhile, here are a couple pics of the last of my Art Central tapestry project. Still need to do the final finishing… 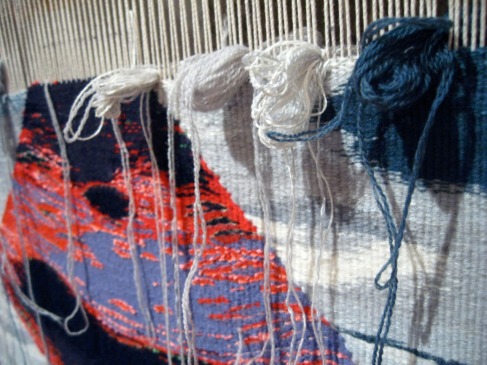 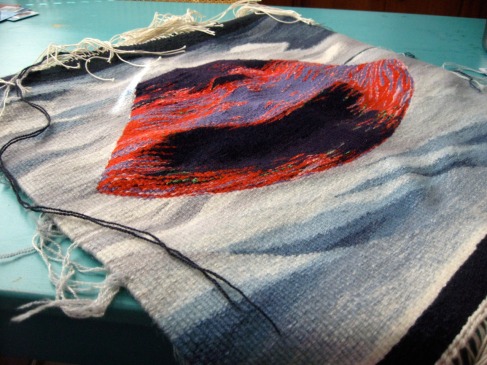 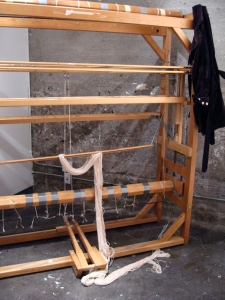 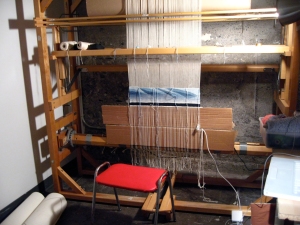 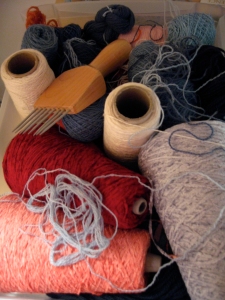 My week of crazy 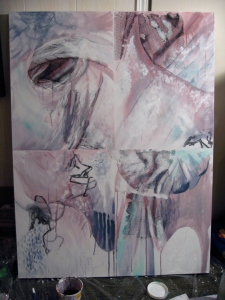 Sigh…this past week and a bit has been a whirlwind to say the least. First, I secured a commission for a friend. Got started on it right away, and realized I’d forgotten how much I love painting. Then, I found out I could finally move into my Art Central studio space, which I received as a scholarship prize before graduating from ACAD. Last Monday, I moved my loom into the studio, and in the evening had an excellent time at CF. Tuesday, Lindsay and I began installing our show at UAS. Wednesday, we (mostly) finished the install. 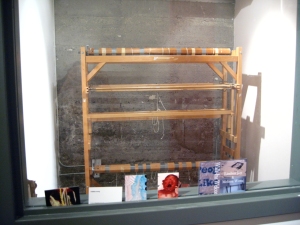 Thursday, I took a break from all things art. It was a day to breathe, which was highly needed as the day started off by waking up from an intense anxiety dream, then finding out Lindsay wouldn’t be able to make it to our opening reception. Friday, I baked most of the day, made a few final signs for our show, then headed off to the reception. While I enjoyed this week – the thrill of making art and actually feeling like an artist – I’m glad it’s over. Why does everything always seem to happen on the same week? 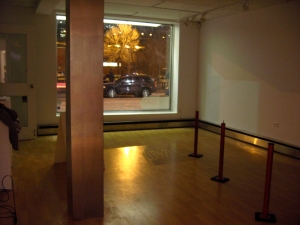 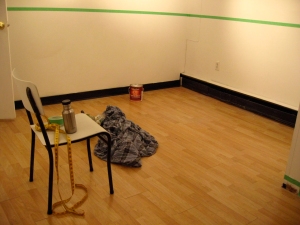 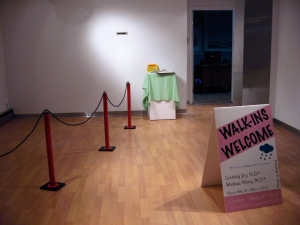 a little look at our show 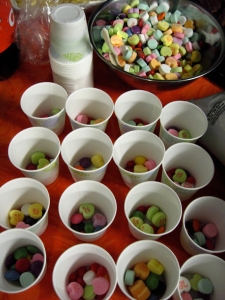 "pill" cups at the reception